Born February 6, 1944 in Torrington, Connecticut, he was the son of the late Harold Macsata and of the late Horatius and Christine (Russo) Cerruto. He was an Accountant, owning and operating his own business J. T. Group I. He was a graduate of Torrington High School, Class of 1962, a graduate of New England College with a degree in Accounting during 1966, and received his MBA Degree in Accounting from the University of Hartford. A resident of Torrington for 40 years, he and his wife moved to Pennsylvania for 18 years and recently returned to Harwinton to reside. He enjoyed photography, golf and traveling.

In addition to his wife Jeannette, he is survived by one son, William Macsata of Lake Forest, California, one daughter, Dr. Robyn Macsata of Washington, D.C., as well as two grandsons, Dylan Macsata and Brandon Macsata.

Funeral services will be held on Saturday, September 10, 2005 at 9:00 a.m. at Our Lady of Grace Church, Bantam Road, Bantam, Connecticut for a Mass of Christian Burial at 9:00 a.m. Burial will follow in Hillside Cemetery. Calling hours will be held on Friday, September 9, 2005 from 6:00 p.m. to 8:00 p.m. at The LaPorta-Cook Funeral Home, 82 Litchfield Street, Torrington, Connecticut.

Memorial contributions may be made to the Capital Fund Donation, c/o Our Lady of Grace Church, 701 Bantam Road, P.O. Box 427, Bantam, Connecticut 06750.

HARWINTON - Harold J. Macsata of Harwinton was a hard worker who loved and supported his family and always had a positive outlook on life.

"He was very caring and loving of his family," said his daughter Robyn Macsata, M.D.

Macsata was born on Feb. 6, 1944 in Torrington and was 61 years old when he died Sept. 8 at Charlotte Hungerford Hospital.

Macsata was the son of the late Harold Macsata and Christine Russo Cerruto. His father died just before his birth and, when he was about 7 years old, his mother married the late Horatius Cerruto, a professional truck driver, his family members said.

Macsata's mother was a hairdresser for many years and Macsata was raised on Cole Street, where he kept an unusual pet, his son William Macsata said. "We don't know much about it or why, but Dad told us that he had a pet bull in his back yard."

Some high school friends introduced Macsata to his wife of 38 years, Jeannette Litke Macsata, and, the two dated before Macsata graduated from Torrington High School in 1962.

"When they met our Dad, had a cherry-red convertible Chevy Buick Lemans. They used to go eat at Scarpelli's with their friends," William Macsata said. "But my mom didn't like the car too much because her hair used to get messed up."

The couple continued to see each other after Macsata graduated and left to attend college at New England College in Hanover, N.H. He graduated with a degree in accounting in 1966 and a master's degree in business administration from the University of Hartford.

"My mom was still in school but would go up to see him and stay in a hostel so she could go to dances with him at his fraternity," William Macsata said. After Jeannette Macsata graduated high school, she attended St. Mary's Nursing School in Waterbury and they married after completing their studies. 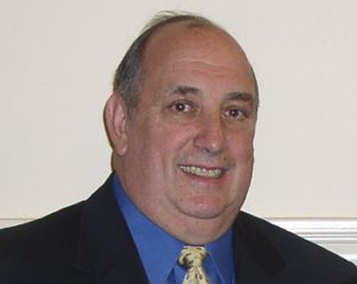 Macsata worked as an accountant for the Torrington Company for 18 years, his son said. The family lived in Torrington and Macsata always found time to volunteer in scouting with his son, or coach soccer. "We had a lot of good times together" his son said. "I remember when I was about 8 years old, he built me a model railroad in our basement. He taught me to drive in a 1972 gold duster in the Torrington Company parking lot. I would push the gas and brake pedals at the same time so the car wouldn't stall."

The family enjoyed vacations in Tennessee, where they visited the World's Fair, and to Hershey Park, Pa., Disrieyworld in Orlando, Fla. and a family cruise to Bermuda when the children were in high school.

When their daughter Robyn enrolled in college, the Macsatas moved to Doylestown, Pa. Macsata took a job with a former Torrington Company associate who bought the Roller Bearing Company in Pennsylvania. Jeannette joined up with a daycare where she enjoyed taking care of small children. They were happy there, Robyn Macsata said. After William graduated college he joined his father at the company and worked in the computer department.

"Our father taught us to work hard and supported us in whatever we wanted to do" Robyn Macsata said. "Both our parents made sure education came first. That was a priority."

When Robyn was struggling with decisions about her career her father was there with encouragement and faith in her ability to be a doctor, she said. "He was so proud of me - so proud to point of embarrassment when I became a vascular surgeon," she said.

Macsata started his own company, J.T. Group One, a medical billing company. "He liked it, because he was his own boss and didn't have to drive so much," his daughter said.

The business also gave them more time to travel, she said. Their favorite destinations were London and Italy. Macsata took some courses in photography and took many photographs of their travels, his son said, and even won some local competitions.

Macsata and his wife returned to the area six months ago and settled in Harwinton. "He was a personable man, who loved to talk about family and old times, or travel," his daughter said. "He was proud to be a grandfather and loved to spend time with his family."

Tracy Kennedy can be reached by e-mail at courts@registercitizen.com.